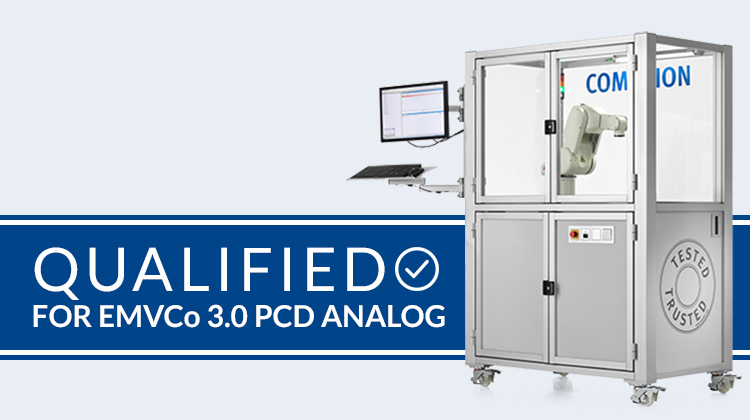 Test tool provider COMPRION is proud to announce that their EMVCo conformance test system for contactless POS terminals has received the Letter of Qualification for the new EMVCo version 3.0.

The test solution consists of the UT³ Platform hardware and a robot, three new reference antennas requested by EMVCo as well as updated test procedures. With this qualified test solution, POS terminal manufacturers and EMVCo-accredited test labs can simulate the behavior of a smartphone or wearable even better so that their counterpart, the POS terminal, can be tested extensively and future-proof, to get the type approval for the payment market.

“In order to receive approval for EMVCo 3.0, a POS terminal now has to pass more than 2,000 tests compared to around 600 before. Especially test labs are happy that the test duration with COMPRION has only increased by one third, although the test volume has more than tripled. An analog approval now takes less than four hours compared to three hours with the previous version,” explains Dr. Michael Jahnich, Development Director of Contactless Test Solutions.

One hardware for many certifications

UT³ Platform is the basic hardware for all COMPRION conformance test solutions. „This means that with a simple upgrade of the respective test benches and accessories, all EMVCo, NFC Forum and ISO validations are covered,“ Jahnich says.

More and more mobile phones and wearables are used for mobile payments. To adapt the testing equipment to the new payment situations, EMVCo demands new hardware and new test procedures, for instance, the use of three PICC reference antennas instead of one. “In the end, all contactless payment options – card, smartphone, or wearable – must be globally reliable”, Jahnich clarifies. EMVCo 3.0 will be introduced in test labs in Q4 2018 and becomes mandatory in 2019. 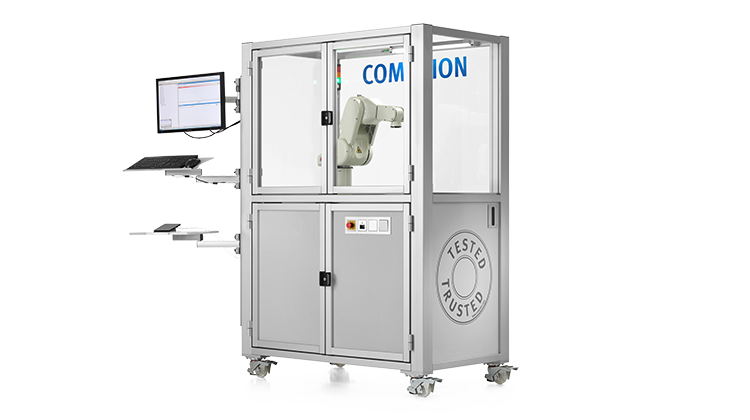