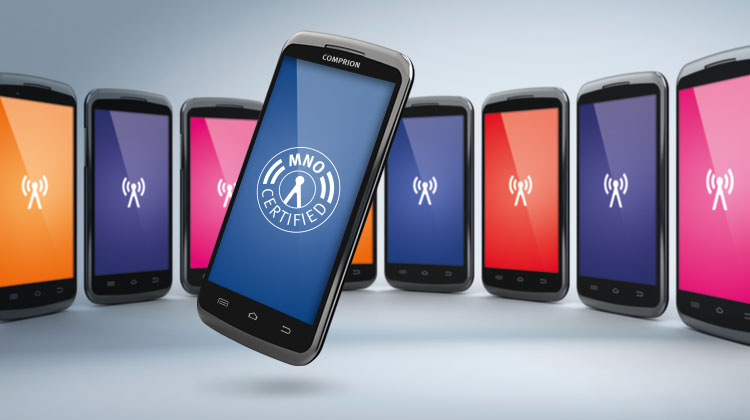 The rate of innovation within the realms of telecommunications is steadily growing, despite the already high level of advancement in the industry. In the past few years, the good old SIM card that was only used for pairing a device with a phone number, turned into a multi-purpose card with an increasingly potent microprocessor and much bigger storage space. Now, this chip combines a multitude of functions. Due to a lack of test standards, network providers increasingly rely on certification programs. These ensure that the interaction between card, mobile device and network works flawlessly on all relevant channels and protocols, despite the increasingly complex environment.

The increasing complexity already starts with the communication channels and protocols on offer. Current chip cards need to support ISO 7816-3 as well as Single Wire Protocol and have to integrate into a HCI network as host. Aside from that, several UICCs support the USB protocol on the contacts C4/C8. On application level, there is Java which can be used for complex frameworks, such as GlobalPlatform. These frameworks with their corresponding APIs for card applications further enhance complexity and offer service providers a platform for services for all kinds of industries. Thanks to these developments, SIM cards can be used by payment providers, in public transportation or as a means of access control. Ultimately, these cards and their feature sets interact with all kinds of mobile devices and networks.

Before network operators are able to use a device or a custom-made UICC in their network, they must integrate the systems. In order to achieve the highest possible conformity with official standards, network providers ask for a Type Approval for every device used in the network. This Type Approval for mobile devices, designed and carried out by PTCRB or GCF, cannot cover all kinds of services and functionalities in their entirety. Apart from that, it exclusively focusses on terminals. In fact, a similar Type Approval for UICCs is completely missing until now. In practice, this leads to situations where UICCs and terminals pass conformance tests without fault, but create problems when executing specific services in the field.

Consequentially, several carriers have been designing their own certification programs in the last few years to be able to guarantee the system integration under the specific conditions of their own networks. These programs include the tried and tested Type Approval, but exceed these specifications in several areas. They focus primarily on the interaction between mobile terminal, UICC and the carrier’s network. The areas to be tested include:

Other MNOs have reacted to the lack of Type Approvals for chip cards by assigning functional and non-functional test requirements to the UICC. In this context, performance aspects are increasingly coming into focus.

In terms of organizational aspects, MNOs have chosen vastly different approaches. The operators usually conduct the additional test programs on their own premises at first. But once the amount of testing increases – and experience shows it does quite rapidly – operators start to outsource the testing. This is either done by self-certification by the subcontractors, or by hiring independent test laboratories to perform the extended test plans. In the latter case, pre-conformance tests are a must in order to optimize the chances of success for the third party validation.

Certification Programs – The Implementation Network operators wanting to create such test programs or working on them already, show increasing appreciation for our expertise in the implementation of such projects. We believe that is in part due to our comprehensive consulting in
the run-up to such projects. The fact that we participate in a great number of standardization organizations in the terminal and card environment enables us to get a comprehensive overview of
the different technologies and the amount of existing conformance test specifications being used. This way, we can also keep in touch with state-of-the-art technology and can support the carriers in the process of choosing suitable tests or identifying appropriate areas for extended test requirements.

The tests created cannot only be used by the carriers themselves on their own premises. We use the test implementations prepared during the project and convey them into high-quality, reliable and user-friendly products. These products can then also be used by suppliers or test laboratories to meet the specific requirements set out by the carrier off-site. That way, the third-party tests as well as pre-conformance tests of the supplier can be carried out while saving resources that can, in turn, be used to work on new, pioneering technologies. Thanks to our global reach in the telecommunications market, we are well-reputed for our reliability with suppliers. COMPRION test equipment is already in use in many parts of the industry so that acquisition of new hardware is only necessary in very few cases. This greatly simplifies the draft, specification, implementation and roll-out of carrier-specific test programs.

A renowned European MNO has chosen COMPRION as a partner to start a chip card certification program. This program includes a set of common test specifications from standardization as well as in-house test plans. Most of the tests are performed by the suppliers as a means of self-certification and are documented by standardized and signed logging. Here, COMPRION has supported both the test specification and the implementation. With the help of Testcase API, the operators can develop sensitive test plans on their own premises.

Example: Certification Program for the UICC/Terminal Interaction in the OTA Setting

COMPRION has implemented a set of test plans on the basis of SIMfony and OTAbility for a major North-American carrier. The following functions are being tested:

These test plans have to be performed and verified by a certified third-party test laboratory as a part of the Type Approval of new mobile terminals. These test laboratories are certified by the operator. COMPRION offers both, the validated test setting for laboratories, as well as a simplified setup for pre-conformance testing for terminal manufacturers.