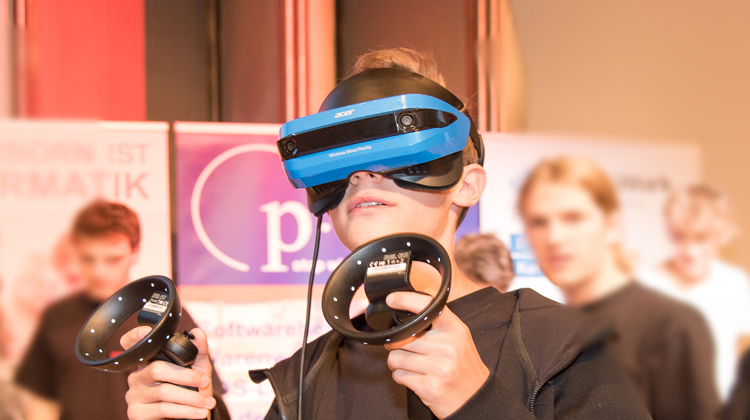 Last weekend, the Paderborn Hackathon in the Heinz Nixdorf MuseumsForum took place for the third time. All in all, 70 pupils, apprentices, and students congregated for 72 hours to code, exchange ideas on IT, and basically create the digital future. The Hackathon (= hacker + marathon) was organized by PIT (Paderborn is informatics), whose goal it is to encourage young programmers in the region.

This year, seven COMPRION employees were substantially involved in organizing and hosting the Hackathon. In a team of 20 mentors, three COMPRION software developers supported the young programming talents. The mentors’ job is to motivate the teams in their projects, introduce them to software development, and answer questions. Oliver Dietz, project manager of the Hackathon and head of eUICC development at COMPRION, is pleased: “We as mentors enjoy working with young people very much, and we are happy to pass on our passion for IT.“

The participants formed all together 14 teams, which independently worked on software projects around the topics of web game, mobile app, Internet of Things, and augmented reality. The results are great ideas for projects, for example, smart home control as well as an app, which informs connected friends, when and where the next party is thrown. All projects were presented to an audience of 200 during a closing event. 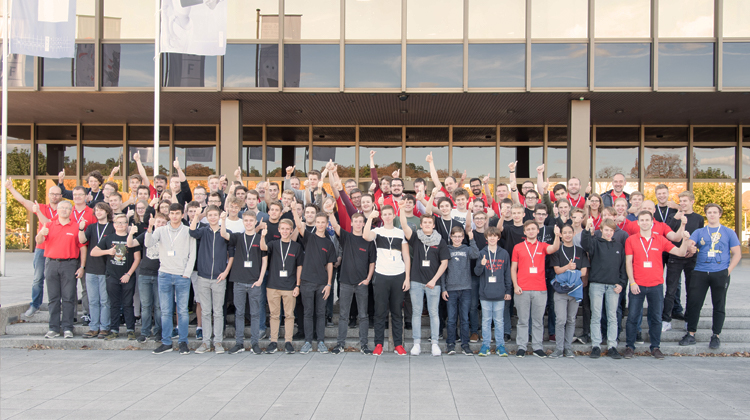 However, it was not just about work! The event also offered the space and the time to get together with other participants and to network during communal meals. Another highlight of the Hackathon was the performance of the repeatedly rewarded Lisa Kohaupt (a pupil from Paderborn), who inspired the audience with her poetry slam on the topic of computer science.